I was working in a Nashville restaurant when Townes Van Zandt died. A group of songwriters were gathered at the bar, telling Townes stories and drinking. Some were drinking A LOT, one pretty famous singer/songwriter was actually cut off because she was crying so hysterically.

In a pre-Napster/ITunes day, all I could think was "Man, I gotta go get some Townes Van Zandt albums. There must be more to this guy than Pancho and Lefty..." I think I stopped at Tower Records on West End on my way home. And yeah, there is A LOT more to Townes than Pancho & Lefty, but Pancho & Lefty's not bad, not bad at all. 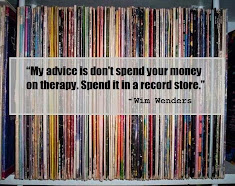